Who says us baby boomers do not like technology? In our lifetime, technology has made huge strides and we have come to depend on it. Many of us have smart phones. I hate being tied to a land line. A cell phone allows us to go about our daily routine yet not miss a call (even from those telemarketers). We are able to connect with our families and friends effortlessly. For talented folks, we can power walk, talk and perhaps even chew gum at the same time.

Cell phones have made us feel more secure about walking, biking or doing whatever we enjoy. If we feel threatened, fall or just simply feel like we need assistance, we can get help with a push of a button.

We talk, we take (and send) pictures, we use Google maps to figure out where we are (I have NO sense of direction) AND we text. Text messages are typically short. Thank God for that because I have fat fingers and it takes me forever to text anything. I’m not sure how young people do it. Yet, have you heard many of them speak? I have seen them text each other from across a table!  Frightful! 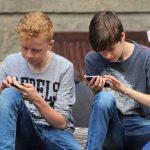 In any case, people often use abbreviations such as:

AFK – Away From Keyboard
BRB – Be Right Back
IMO – In My Opinion
LOL – Laughing Out Loud.
NOYB – None Of Your Business
TIA – Thank You In Advance
TMI – Too Much Information
WTH – What The Hell (or Heck if you do not swear)

However, us seniors have our own language. Kind of like a secret code that many young people cannot understand.  Such as:

ATD- At the Doctors
BFF – Best Friend Fell (or Funeral in some cases)
BTW- Bring the Wheelchair
BYOT – Bring Your Own Teeth
CBM- Covered by Medicare
CGU – Can’t Get Up
CRS – Can’t Remember Stuff (or S***)
CUATSC- See You at the Senior Center
DWI- Driving While Incontinent
FWIW – Forgot Where I Was
FYI – Found Your Insulin (and you thought it was For Your Information)
GGLKI – Gotta Go, Laxative Kicking In (not sure why you would share this)
GGPBL- Gotta Go, Pacemaker Battery Low
GHA – Got Heartburn Again
HGBM – Had Good Bowel Movement (TMI if you ask me……)
LMDO- Laughing My Dentures Out
LOL- Living on Lipitor
LWO – Lawrence Welk’s On
OMSG – Oh My! Sorry, Gas
ROFL ACGU – Roll On Floor Laughing And Can’t Get Up
TTYL – Talk To You Louder (senior version of Talk To You Later)
TMV – Took My Viagra
TOT- Texting On Toilet (again, TMI…)
WAITT – Who Am I Talking To?
WMD – Where’s My Depends?
WTFA – Wet The Furniture Again
WTP – Where’s The Prunes?
WWNO – Walker Wheels Need Oil

Texting has really become an issue. Kids think nothing of texting while they are driving and WE (the responsible seniors) need to watch out for them. Really?  You can not wait to tell what you did previous night (or whatever).  I have seen it over and over as I pass a young person on the road because they are driving erratically. This has contributed to many accidents. Having said this, most of us do NOT text and drive. For me, I am either focused on my GPS, trying to remember where I was going next or watching for inattentive drivers.

So, get out there, enjoy life, take those pictures and keep the list of texting codes close so you don’t have to type all those letters!

Founder of Not Your Mama’s Senior (NYMS) LOL 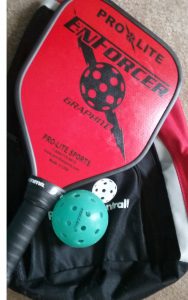